The SHOOSH for Kids campaign is aimed at promoting positive sideline behaviour at junior sports events. It started as an initiative by Newcastle Junior Rugby League Association and Country Rugby League in 2015 which was then expanded by the Office of Sport, Sport & Recreation as a collaborative effort between six sports with the purpose of addressing issues which arise from poor sideline behaviour, including:

The campaign soon became a collaborative effort between the Office of Sport, Little Athletics NSW, Basketball NSW, Cricket NSW, Softball NSW, NSW Touch and Tennis NSW. The campaign was a SHOOSH for Kids week that ran from 7th to 13th November 2016.

In the video below Joanne Barrett from the Office of Sport explains what the SHOOSH for Kids campaign is all about.

How was it organised?

Sport and Recreation developed a simple but effective plan - called a Timeline and Task Map. This gave a very clear framework and step by step plan for how the campaign would be marketed to state sports organisations and their respective clubs and associations. The Timeline and Task Map including all the major steps from the initial development of the campaign toolkit to the distribution of the final evaluation.

What resources were provided? 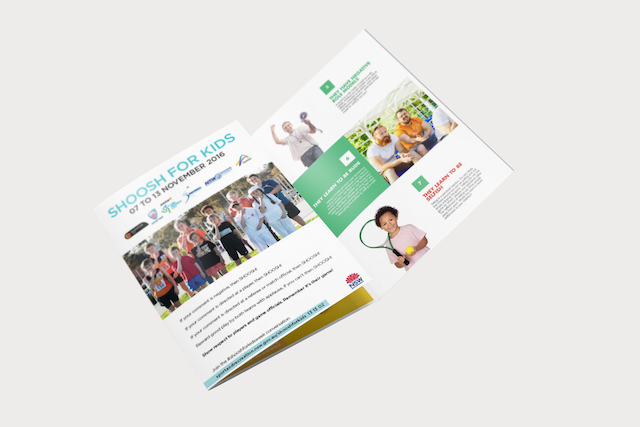 You can download samples of the club and association campaign information and all the campaign toolkit resources below.

So did it work?

It's very important for a campaign such as this to evaluate its impact. 119 associations participated in the SHOOSH for Kids week across the sports of Basketball, Cricket, Little Athletics, Softball, Tennis and Touch. The post campaign survey was completed by 40% of participants. The overall response was very positive. 96% of respondents were happy with the quality of the resources provided. 79% of respondents felt their investment in time was worthwhile and 98% said they would be supportive of an annual SHOOSH for Kids campaign. So yes, the campaign was a success!

We asked Mardi Aplin from Netball NSW what she thought the biggest impact of SHOOSH for Kids.

We also asked Matthew Tabbernor from Cricket NSW why he thought SHOOSH for Kids was effective for cricket.

What can you do?

SHOOSH for Kids started off as a fairly small initiative that eventually grew into a state-wide campaign. You could start small too by implementing a similar SHOOSH for Kids campaign at your club or association. You can use and adapt any of the resources here. You can also incorporate into the campaign the Let Kids be Kids videos and resources as they are promoting the same messages.

If you are interested in further information about the 2017 SHOOSH for Kids campaign, particularly if you are in NSW, you can visit:

Finally, we asked Jason French a 'spectator' what he thought was the best thing about SHOOSH for Kids.